A competitive esport games should have a fast skill-ceiling and nonpunishing gameplay. There is understandable excitement about the possibility of video games as a professional sport that one day they will be treated just like real sports with athletes and fans, complete with stadiums and multi-million dollar tournaments. This is not something that is seen as realistic shortly, but it is still possible to work towards. One significant barrier for video games becoming actual sports are their lack of competitiveness; how can people get into professional gaming when there is no way to tell who’s better at playing a game? The developers must make sure that their game has an exciting competitive scene and measure players’ skills.

The video games industry has been adding competitive multiplayer modes for years now, but casual gamers have enjoyed these titles without being taken seriously as a sport. Although this is to be seen as a real contender in the scene of professional sports, an esport game must fulfill two main criteria:

The game must have an exciting competitive scene, meaning that there are tournaments with big prize pools and excitement around it. If the game is based on skill, the player’s success rate should not be affected by external factors like luck or chance. I will now go through these two criteria one by one to show how they affect the esport scene for a specific game.

An essential factor in a competitive esport games is how often people play the game and what kind of player community exists around it. The most efficient way to measure this is by looking at tournaments’ sizes since these give players incentives to get better. Viewers are also more likely to watch competitive matches than just regular ones.

A game that fulfills this criterion is CS: GO, the most popular FPS esport game at the moment with an average of 26 000 viewers during its tournaments in 2017, peaking at 689 000 viewers during their recent major tournament. The prize pools are also awe-inspiring, with the IEM Katowice 2018 tournament offering 500 000 US dollars in prize money. CS: GO has a very fast skill-ceiling, meaning that it is relatively easy to get good at the game but takes years of practice to become one of the best players in the world. The most crucial factor for this is how punishing mistakes are in the game. Other FPS games such as Overwatch and CoD give time for players to respawn after dying, but all CS: GO does is give a tiny bit of money back to the player that got killed, which encourages them to keep playing and trying even with little chance of winning.

The essential quality in a competitive esport games is how punishing mistakes are. Suppose the community of professional gamers agrees that it’s hard to tell who’s better at playing. In that case, they will not be interested in participating in large tournaments, which leads to a lack of an exciting competitive scene.

One game that has gained popularity is Dota 2, even though it is usually not seen as a severe competitive esport. It has been criticized for being too punishing and having a skill-ceiling that’s too high to be fun, which is why it isn’t taken seriously among professional gamers. The community of Dota 2 feels the same way, which you can see in their subreddit, where they have a discussion going on about if they want the game to be an esport at all.

Skill-based competitive games can quickly become an actual sport since it is not hard to measure each player’s skill level by using Elo ratings or any other rating system you can think of. A big problem arises when a game rewards randomness where people can get better results by having luck on their side instead of skill.

Hearthstone is usually criticized for this problem in the industry of esport games, which has so many RNG effects that it’s impossible to tell if you lose because of your own mistakes or because your opponent outplayed you. For example, there’s a card in the game called “Evolve,” which gives all minions in your hand +2/+2, but if you get dealt this card when you online have one minion, it does nothing. Yet this means that if you want to use this spell at its maximum potential, you need to get lucky and draw the magic every single time from the beginning. This card is just one of many random effects in Hearthstone that can significantly impact the outcome of a particular match, and there are even more ways to play an entire board in a way that you maximize your luck in drawing cards.

Concluding the topic on Esport Games:-

The conclusion from all this is that for a game to be competitively relevant, it has to be very punishing, and the outcome of matches should not depend on too much luck. If you manage to reach this goal, players will become motivated, which will result in more tournaments with bigger prize pools and, therefore, more spectators watching these games! 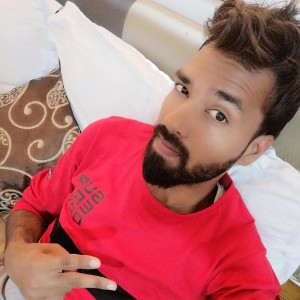