PM Narendra Modi movie will be re-released in theaters from 16 October after the Corona era.

In the lockdown 5.0 guidelines issued by the government, the cinemas have been ordered to open from October 16, although only 50 per cent of the people have orders to go to the cinema hall at a time.

In the year 2019, directed by Omung Kumar, the film Prime Minister Narendra Modi has shown his journey from common man to becoming Prime Minister.

Omung Kumar was earlier also known for directing the biopic film of Mary Kom and he is also a production designer, designing the house of the famous reality TV show ‘Bigg Boss’.

He says that “I am very happy that the cinema is opening again and we are getting a chance to get our film back to the public”. Omung Kumar further says that “We have worked hard to make this film, those who had not seen it before, must see it.”

Taran Adarsh ​​shared about the release of the film via Twitter

Trade analyst Taran Adarsh ​​confirmed this news via social media Twitter and after the lockdown, the first film released in theaters will be Prime Minister Narendra Modi.

IN CINEMAS NEXT WEEK… #PMNarendraModi – starring #VivekAnandOberoi in title role – will re-release in *cinemas* next week… OFFICIAL poster announcing the theatrical release… pic.twitter.com/NfGRJoQVFS

Also Read:   Everything you wanted to know about ASD but were too afraid to ask

Sandip Singh is the producer of PM Narendra Modi Movie

Sandeep Singh, who is under suspicion as an accused in Sushant Singh case, is the producer of this film.

He says that people in lockdown are full of tension, they must take inspiration from an inspiring image in such a situation.

There is a lot to be learned from the biography of the Prime Minister of India, Narendra Modi.

Voices of protest arose against the film

Vivek Oberoi was becoming very popular in those days. The BJP also included Vivek Oberoi in its list of star campaigners for the rally in the Lok Sabha elections. He appealed to people to vote for Prime Minister Narendra Modi.

Narendra Modi was associated with RSS when he was eight years old. He toured all over India and also visited religious places. In 1971, he became a full-time activist for the RSS. In 1975, he had to hide for some time during a state of emergency across the country.

He joined the BJP in 1985 and held several positions within the party hierarchy until 2001, from where he gradually rose to the rank of Secretary in the BJP. You will be able to see his full story in PM Narendra Modi Movie.

A web show has been made on PM Narendra Modi

You can see this show on eros now application. In this series, Prime Minister Narendra Modi’s childhood acting is played by Faisal Khan, the winner of the Dance India Dance reality show. Faisal Khan’s acting received praise from many people.

This news on PM Narendra Modi Movie is originally written in Hindi. 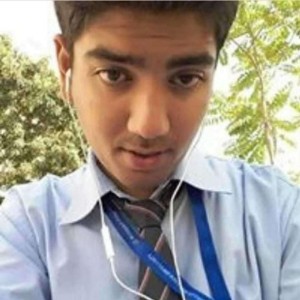