What is the research methodology of psychology?

In Psychology, it is not possible to speak of a single research method, rather than different methods that offer particular advantages and disadvantages. Each of them, therefore, is chosen and used because it is more coherent with the research you want to carry out, that is, it responds more adequately to the goal you intend to achieve and you will know. What is the research methodology of psychology? in real manner.

All methods have equal dignity and responsibility, to varying degrees, to criteria of validity and reliability that I am not here to explain for reasons of space. (bibliography recommended)

Below I give a brief description of different methods.

The observational method captures the social and interactive dimensions of the individual. Direct observation of behavior is the preferred research method in developmental psychology and field studies, as it allows the acquisition of information directly from the verbal and non-verbal behaviors of participants in an ecological situation.

This Research methodology involves the use of participant observation or naturalistic observation.  In both, the researcher merely observes and records the natural behavior of the actors without actively introducing or controlling any variable.

However, while in participant observation the observer enters the group that is his object of study for a fairly long period and creates interactions and a certain familiarity with the actors, with purely descriptive and exploratory purposes, in the naturalistic observation the researcher does not participate, he confines himself to observing only some specific behaviors that are relevant to provide an answer to the questions he has already formulated about the phenomenon he intends to study (verify hypotheses).

The observational method has the advantage of guaranteeing the maximum realism of the observed phenomena and of controlling those variables that cannot be experimentally modified for practical or ethical reasons.

However, it is precisely the total freedom of action left to the observed subjects and the lack of control on the part of the researcher to increase the possible distortion factors both for the observer (attentional distortions, interpretations, implicit theories, distortions of memory, relationships only with some group members) and of the observed (distortions of behavior related to being observed).

Yet the observation can also be conducted in the laboratory. Bailey distinguishes, in fact, four types of observation that differ both in the degree of structure imposed by the researcher (observing a single phenomenon or everything that happens), and in the degree of structure of the environment (which goes from the natural environment to the artificial laboratory where all variables are under control).

A  completely unstructured study is characterized by not having any pre-established hypothesis, due to the fact that it takes place in a natural context and uses unstructured measurement tools or techniques. The semi-structured study allows controlling of the parasitic variables, avoiding the artificiality typical of laboratory studies: the observation is carried out in a natural environment but a structured instrument is used.

The fully structured study, on the other hand, takes place in the laboratory and structured and standardized data production tools and techniques are used in order to verify hypotheses. In rare cases, we can also speak of unstructured observation in the laboratory, in which the latter is used as if it were the natural environment.

A separate discussion must be maintained for the methodological aspects and the use of psychoanalytically oriented observation in research.

The experimental method aims to support the existence of a causal relationship and not simply a covariation between two variables. To do this, it starts from a hypothesis, called “null hypothesis” which expresses an absence of a causal relationship between the so-called independent variable, which is manipulated by the researcher, to observe whether its variations correspond to variations in the so-called variable employee.

The conclusions about the relationship between these two variables must be guaranteed by checking all those other independent variables that can influence and modify the dependent one, also calculating the probability of error. The aim of the research, therefore, is to try to falsify the null hypothesis (Popper).

The quasi-experiments also include research on individual subjects. It allows the highlighting of the individual performance, usually “hidden” by the average, the identification of big effects, and the flexibility of the design, even if those effects are lost that are evident only in the comparison between subjects and the results are not easily generalizable.

When it is not possible to study social dimensions, such as opinions, attitudes, beliefs, values ​​, and representations, under conditions of strict experimental control, the investigation method is effective, in which the hypotheses formulated are not particularly rigorous, but can be the first step to the design of more precise and articulated research design.

The survey methodology can be divided into two macro-categories: the questionnaire and the interview.

The questionnaire contains pre-printed questions, to which the subject answers alone, concerning the dimensions to be investigated. They can be open (with the argumentative possibility for the subject) or closed (choice between predefined response options), evaluative or non-evaluative. The questionnaire has the advantage of reducing research costs, as relatively large quantities can be administered, but it has the disadvantage of being an inflexible tool with respect to the subjects.

The interview is an expensive tool both in terms of time and in terms of human resources, as it requires the interviewer to be adequately trained, but allows for a copious collection of information, including non-verbal ones, and contextual aspects of the relationship.

The clinical method allows a less fragmented understanding of the person through a primary instrument of investigation which is the interview, an interaction between two people that can have different purposes (diagnosis, therapy, orientation, etc.).

Whoever conducts the interview must be trained and possess a series of diagnostic and observation skills/competencies, be able to communicate and tolerate the sense of responsibility, as well as know their tendency to perceive a level of pathology lower or higher than that actually present in the patient.

By “interview” we usually mean a series of meetings (first and subsequent interviews) in which there are usually three fundamental phases (anamnesis, diagnosis, and intervention) that are not necessarily addressed in succession, but flexible and in continuous overlap with each other.

A fundamental element that characterizes the clinical interview is the diagnostic alliance, a particularly emotional relationship that becomes unsaturated between the clinician and the patient during the consultation, in an attempt to find one or more common objects of work.

In this sense, attitudes of trust or distrust will also depend on the motivation, which may be of the interviewer (in the case, for example, of psychiatric assessments imposed for judicial causes or diagnostic interviews following forced hospitalization) and therefore is defined as extrinsic

The interview, beyond its specific purposes, constitutes a privileged source of data because it allows a more complete collection of information relating to the verbal and non-verbal registers of the subject, but also to the context and the relationship with the clinician.

The various methods and respective research tools presented so far are used with consistency with respect to the purposes of the research to be conducted, composing particular research designs that allow us to define a “quantitative” or “qualitative” research: the first interested in classifying the characteristics of reality, observe and measure the occurrences, starting from precise hypotheses and building statistical models in order to explain specific phenomena, the second aimed at describing in-depth one or more processes in a specific context by exploring it, without hypotheses to verify.

I want to clarify that one is not better than the other; their value is affected by the effectiveness that each of them has in the study to be carried out. More and more often, today, efforts are made to carry out qualitative-quantitative research, which integrates statistical analysis of data with qualitative techniques that investigate the phenomenon studied.

The field of methodology, however, is not reduced to this brief presentation but includes a very vast set of topics that it would be useful to deepen, which embrace a deeper knowledge of the structure of research design and its implementation phases, the different data collection tools and statistical systems of data analysis, as well as the epistemological and ethical issues that exist in each methodology. 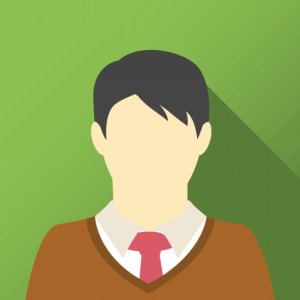 Basit Ali is a content writer at Essay lab and Metal writers. he learns the latest writing trends, communicates with the editors, curates reviews, and creates a content marketing strategy.