Create a web page, open a Facebook page, order a logo … When launching a business or a project, some people conceive the different digital marketing actions as simple steps that add to the long list of things to do.

However, it is not about several different procedures, but one that encompasses everything and that is of great importance: the bases of the corporate image or visual identity.

The decision is: take advantage of it or not.

The bases of the corporate image before creating the website

From the moment a potential client and / or contact meets an organization, an idea remains engraved in their mind. In these first impressions there may be conscious elements (for example, the price of a product), but most are unconscious: the company transmits values ​​and feelings to us.

This reflection is necessary before opening social media profiles, creating a website, or designing an email marketing campaign.

The basis of the corporate image is consistency. The same logo, colors and tone of voice, which are repeated in all media and interactions with the consumer, are essential for the consumer to associate the brand with certain values ​​and certain sensations. This reflection will allow starting the house with the foundations and deciding in which social networks the organization should be present, giving more precise instructions to professionals who are going to work on the web, graphic design, etc.

This article with 21 good examples of corporate visual identity can serve as inspiration to start planning the corporate image and thus lay the foundations to create the website, open the social media accounts and plan the entire marketing strategy.

Corporate identity concerns everyone, not just large companies with a large marketing budget. The elements that define it are varied and depend on each brand, but there are some that are common. Next, we will analyze the main ones:

The foundations of corporate identity: colors

The choice of colors that will identify a brand is by no means innocent, nor should it be based solely on the tastes of one or more people. The combination of colors is the most basic element to establish the foundations of a corporate image, since there will be an important part of its coherence: on the website, in the logo, in the premises, etc.

Colors have a psychological impact. By choosing suitable shades, design can help attract customers to take a particular action. They are also decisive in drawing attention to a particular point and generating the desired positive emotions.

Here are some examples of the psychological effect of colors that is considered when creating a brand image:

It is a very energetic color. It is associated with heat, the sun and with joy. It is often used in toys or products aimed at children. It is also used by brands such as McDonald’s or National Geographic.

It is the tonality that represents nature par excellence. By extension, it is associated with tranquility, serenity and also comfort. Some well-known companies that use it are Spotify or Starbucks.

It is a color that conveys seriousness and confidence, especially in its darker tones. It is used by brands like Facebook and is also often used in airports and cleaning products.

It’s about the color of strong emotions, fun, passion, etc. It usually brings a touch of closeness to the client. It is used in well-known brands such as Coca-Cola or YouTube.

Naturally, these examples are only a general introduction. In addition, in general it is not about choosing a single color, but a combination.

For example, a well-designed combination of gray and light brown tones can convey a feeling of comfort and seriousness while at the same time being useful, for example, in a luxury hotel.

On the other hand, if seemingly disparate colors such as blue, yellow and orange are mixed, it is possible to create a feeling of exoticism and joy for activities for children or some summer event, for example.

Of course, none of these examples is a fixed rule. You will have to do tests, imagine the place, the advertisements, the website, etc. before deciding on a specific color scheme.

When creating a company or project website, colors are particularly effective in headings, call-to-action buttons, the background of specific sections, etc. But a large part of this effect will be lost if the sensations that begin to be created when visiting the website do not have their continuity in social networks, the header or the signature of emails, the premises, etc.

It is the second element that the foundations of a corporate identity. There are no less than 90,000 typefaces and the list is growing. Therefore, choosing the type of font that you will use on your website and your emails is not an innocent decision either.

Fonts can be grouped into three main types:

They are typefaces characterized by “feet” or serifs that protrude from the letters. The letters are not limited to the lines essential to make them understandable. Its finials create a sense of connection between them that can facilitate the reading of long texts.

They are the oldest typefaces of all. In general, this typeface is good to convey an idea of ​​tradition. It is good for brands that are interested in highlighting that they are durable over time.

Unlike the previous ones, these fonts are characterized by simplicity. They do not have finishes or additions, only the essential lines so that each letter is recognized.

They began to be created in the 19th century and usually work to convey an image of modernity. Of course, the letters are more isolated from each other and that is why this type of font is used more frequently in short texts.

They are the typefaces that imitate handwriting, with many finials and flourishes, and are synonymous with originality. They are used in very short texts because their legibility is less: titles, highlighted sentences or also to give details about something.

Although calligraphic writing is the oldest of all, its adaptation to the digital format is quite recent.

Forms as part of the visual identity

A third important element to lay the foundations of a corporate identity are geometric shapes. Like colors and fonts, rounded, square, triangular shapes, etc. they convey different emotions and therefore their choice is not accidental.

The example where these shapes will be most appreciated is the logo. But continuity is a basic pillar of corporate identity, so ideally, as far as possible, those same forms are also present on the website, images for social networks, stationery, etc.

The main ways in which sensations can be transmitted are:

They convey harmony, union, the possibility of getting from one point to another without interruptions along the way. They are used a lot by organizations that want to create an idea of ​​community.

The brands that choose this logo are very varied: BMW, Gucci, etc.

The square is a structure that stands tall. Therefore, it represents stability, professionalism, trust and, by extension, seriousness. It usually comes in handy when the priority is to communicate that the brand is established.

Two well-known examples are the Microsoft logo and the Facebook logo.

Thanks to the pointed shapes, they convey an even greater sense of stability, in this case you can go further and associate it with values ​​such as precision and sophistication.

They use it frequently, for example, engineering companies or architecture studios.

When someone starts a project, be it a business, an association, an initiative, etc., they have many things to take care of. Therefore, it can be difficult to think about shapes, colors, and fonts.

Although there is no silver bullet, patience is a good travel companion. The website, social media presence and digital marketing need a coherent strategy. It is necessary to maintain control over the corporate image that the organization is going to project anyway. 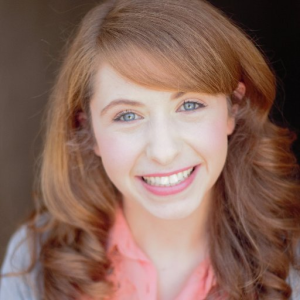