In today’s era, films are the most powerful, economical, and fastest medium to reach out to citizens of India from all across the globe. Movies are a way of expressing yourself and conveying your message to the audience while providing entertainment. Producing more than 1000 films with a current size of more than 10000 crores, India is World’s largest film producing nation, and in business, we are only second to Hollywood. Films are a mirror through which the cultural developments in a society can be easily tracked and analyzed. With so much power and reach the Indian film, and Television industry is not only entertaining people but has the largest impact over all the aspects of the nation, whether it is Sports, Industry, and Education.

Starting a Best film production house in Delhi is a dream for a lot of people. Many big banner films in the recent past have been shot in Delhi like Rang De Basanti, Chak de India, 3 Idiots, Dev D, Band Baja Baraat, Agent Vinod, and Vicky Donor. With the rich cultural diaspora that Delhi has to offer and the vivid historical places where the shootings can be done, Delhi has always been one of the top choices for the place to make films in India. In this article, we will be discussing the art of filmmaking by breaking it into three essential steps through which effective films can be made. Hence, if you want to realize your dreams of shooting commercial films or videos, then please pay attention to all the points given below.

A good script with a layered message lays down a solid foundation for a good film. This is the most basic requirement for making a good film without which you can never create a long-lasting impact on your audience. You will need a creative team of scriptwriters and editors who will be working on the movie. Once the basic idea about the narrative has been formed, the entire team should start working on giving it a perfect shape.

The script should always be handled by more than one writer to diversify the source of ideas and to reduce the errors. Make sure to create a compelling storyline that keeps the audience engaged throughout the movie. Once the storyline is finalized, then the editor should go through the entire document to check for any loopholes or modifications. Then the team has to work on dialogue writing. Dialogues are the most powerful weapon of a storyteller. Make sure you hire a good copywriter to get that zing in your dialogues.

Production comprises of the entire action of movie-making. This is the real thing where the actual shooting and execution of the project happens. To ensure a smooth production campaign, ensure that you have got the basics covered. Get the best camera and cameraman for the job. The videographer or the cameraman should also be able to understand the narrative of the film to capture the moments in the right frame.

The entire infrastructure for the execution is also important.

It is not always necessary to get an expensive infrastructure for a good movie. As a new director or filmmaker, you might face budget issues. Hence, make sure the infrastructure does justice to the narrative, and that’s all. Assembling a good crew and managing them for the entire execution process is also a big task. This will test your management skills, as well.

Also Read:   Marketing Mistakes You Need to Avoid Getting a Good ROI

This is the stage where the film starts looking like an actual film. When a team of motion graphics designers and special effects specialist does their magic on the raw files of video footage, it is then that the entire narrative starts making sense. The fragmented shots and the dull ambience is given a makeover at this stage only.

As they say “films are made on the editing table”. The final editing might turn out to be the longest phase of your entire filmmaking journey for a film. This is where everything is stitched together in one nice and smooth display of art and craft. The syncing of audio and visual, the addition of special effects to transform the entire surroundings, and the addition of songs in the movie, everything takes place at this stage only.

Hence, filmmaking as art is one of the most challenging but one of the most rewarding careers you can pursue. For example, a career in a best film production house in Delhi can be extremely rewarding if you master your craft and get in connection with good clients. The three steps given above are the most basic steps of an entire journey of making a film. The steps cover all the aspects of this journey. Make sure to check off all the essentials mentioned on the list before you start your journey of filmmaking. 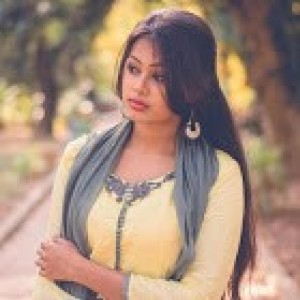